Glaucoma is one of the commonest causes of blindness in the Western developed economies. There are over 800,000 known glaucoma patients in Germany – and the unofficial number is suspected to be much higher. This disorder involves a progressive loss or dying off of nerve fibres in the optic nerve over time. The optic nerve – the eye’s “cable to the brain” – transmits the image formed in the eye on the retina to the visual centre in the brain. If the nerve fibres in the optic nerve start to deteriorate, the complete image is no longer transmitted: dropouts occur in the visual field, with an increasing loss of peripheral vision. Visual acuity starts to decrease only in later stages, although loss of vision can ultimately occur (if the optic nerve withers and can no longer transmit signals from the eye). Nerve fibres that have degenerated can no longer be restored: once the damage has occurred, it cannot be reversed.

A key risk factor for glaucoma is increased fluid pressure in the eye (intraocular pressure). The eye continuously produces a liquid called aqueous humour, which circulates in the eye and exits the eye via a specialised drainage mechanism. If this drainage channel becomes constricted or blocked, pressure in the eye increases, causing the changes as described for glaucoma where values for intraocular pressure are apparently normal (“low-tension glaucoma”).

Since increases in intraocular pressure cannot be felt by the patient, changes to the optic nerve due to fluid pressure in the eye need to be identified early on.

Even when damage to the optic nerve is already present, early or initial dropouts in the visual field will go unnoticed and changes in visual acuity occur only in late-stage glaucoma.

Key elements of glaucoma screening are therefore inner eye pressure measurement and an optic nerve assessment by an ophthalmologist. This non-contact and entirely painless procedure offers a quick and simple way to identify a potential case of glaucoma.

All patients should have their intraocular pressure measured at least once on a visit to an ophthalmologist. Patients over 40 years of age should have a check-up every 2–3 years and over-60s annually, since the likelihood of developing glaucoma rises with age. The risk is also higher if one of the patient’s relatives is known to have glaucoma or if the patient is short-sighted, and glaucoma screening is strongly recommended in such cases.

Further diagnosis is recommended if there is even the smallest suspicion of glaucoma – especially if glaucoma-like symptoms occur with normal intraocular pressure values or there has been a case of glaucoma in the family. This will involve measuring the visual field and corneal thickness and examining the optic nerve – all as a non-contact, painless procedure. With the aid of these modern, high-tech diagnostic techniques, glaucoma can today be detected early enough before noticeable damage to vision actually occurs.

Once a case of glaucoma has been identified, it is usually treated with medication by the daily application of eye drops. These work to lower intraocular pressure by reducing the production of aqueous humour and improving its drainage. If one type of eye drops proves inadequate, then multiple types can be combined together in order to achieve a more powerful effect.

Optimal monitoring is assured by a check-up at your ophthalmologist every 3 months.

If intraocular pressure cannot (or can no longer) be adequately managed using eye drops, or if the eye drops used to reduce pressure are not well-tolerated by the patient, the next step is an operation to lower pressure. This operation involves widening the drainage channel for the aqueous humour and/or weakening the structures that produce it in the eye. Many surgical techniques – some milder, some more extensive – are available today, and we perform these as outpatient operations at our Centre.

More powerful surgical techniques involving filtering are also an option. While generally only available as inpatient procedures, we partner with selected health insurers as one of the first centres to offer these as day surgery.

New: We are the first centre in Berlin and Brandenburg to offer Endoscopic CycloPhotocoagulation (ECP) as a new, minimally-invasive surgical procedure for lowering intraocular pressure. ECP involves using a laser endoscope to make a tiny, self-sealing and seamless cut in the eye’s ciliary body (which produces aqueous humour), thus reducing intraocular pressure. Compared to other surgical procedures, ECP is simple, rapid, has a very low rate of complications and can be conducted as an outpatient operation under local anaesthetic.

This procedure can also be easily combined with a cataract operation, so that cataracts and glaucoma can both be treated as part of a single operation. 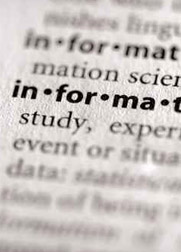